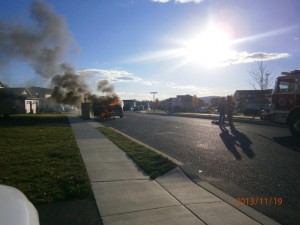 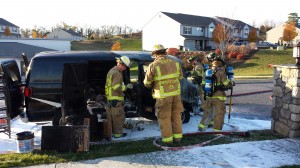 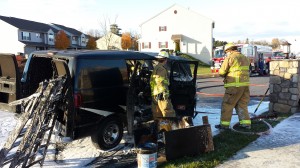 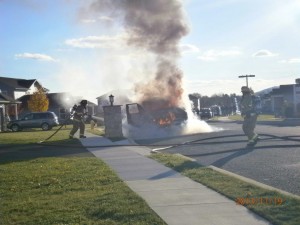 November 19, 2013 Upper Allen Fire Department was called out for a reported vehicle fire at 308 Sleepy Hollow Dr. in the township.  Chief 223 and Engine 123 responded shortly after dispatch (1525) and Chief 223 arrived to find fully involved van that contained paint and supplies.  Engine 223 and Tanker 23 also responded and assisted at the scene.  All units cleared about 35 minutes on scene with no injuries reported.